Strategic Alliances: Three Ways to Make Them Work (Memo to the CEO)


The next billion Chapter Tough times for Nokia sites Chapter Nokia spirit evaporates Chapter Chapter Tough choice for Mr. Siilasmaa Chapter The bonus brouhaha boils over Chapter What if… Chapter Epilogue Appendix 1: Where are they now? Back to Table of contents. The rise and fall of Nokia is a unique story. In just ten years, a small, multi-industry company transformed into one of the brightest stars in industrial history. Equally unique was its demise and collapse, from the pole position of the mobile phone market to its furthest margins.

On September 3, , Nokia announced its intention to sell its mobile phone business to Microsoft.

That date has been branded on the hearts of the Finns, equal to the loss of Estonia [2] and the September 11 attacks. This book seeks answers to the questions left unanswered in the memoirs of the former Nokia chairman Jorma Ollila: Who was Stephen Elop and why was a Canadian outsider selected as the new CEO of Nokia? What was the logic of adopting a smartphone operating system conceived outside of Nokia?

Why did the renowned Nokia spirit simply vanish? During the process of researching this book, we have interviewed over a people with first-hand knowledge about why Nokia ended up as it did. Combined, their stories weave a narrative, one which touched — directly or indirectly — the lives of most Finns, as almost everyone in this Nordic country of six million knows someone who has worked at Nokia. Many of the interviewees worked at Nokia between and while the company was in turmoil, when the old laws did not apply any more.

When key people were replaced.

What Could Have Saved Nokia, and What Can Other Companies Learn? | INSEAD Knowledge

When executive leadership went AWOL. When things which should not have happened happened. Did the new Windows strategy convince its network provider [4] customers? What was the outlook for Nokia in Silicon Valley? What was the perception of Nokia in the eyes of its shareholders? This book differs from earlier Nokia studies, as it concentrates on recent history and events, seeking to synthesize a narrative of these fateful years. The book is not about the history of Nokia, nor a parting shot by former employees.

What is strikingly evident is the affection of these former Nokians towards the company. During their days at the company, they believed they were building the future; afterward, they mourn over the wreckage left behind.


Ultimately, many just needed to tell us their side of the story. To that end, the point of view will shift from chapter to chapter, as the events are observed through the eyes of engineers, middle management, top leaders, and the Nokia Board of Directors, but together seeking to answer one simple question: Could the demise of Nokia have been prevented if there had been a different CEO?

Nokia mobile phones are now history and unlikely to come back; its customers will move on to something else. The future of the renewed Nokia, one with a renewed concentration on networks and location based-services, looks bright. In the end, one can learn and benefit from the good and bad choices, but what is truly important is to progress.

More explanation in the addendum to the glossary in Appendix 2. News editor Mirjami Saarinen confesses she has only vague recollections of the end of a certain workday in The morning, however she remembers crystal clear. It was September 10, The majority of the staff of Kauppalehti , a major Finnish business paper, was attending a morning seminar downtown Helsinki.

The title was so startling that Ranta started to read the release aloud. The atmosphere at the news desk became electric. She can still remember, how the staff was returning hurriedly back from the seminar, where the news broke amidst the breakfast. After that point, she can hardly remember anything clearly. As it was a Friday, Kauppalehti , as a 5-day paper, had a dilemma. The rest of the Finnish media would consume the news completely during the weekend, but Kauppalehti still had to be able to produce pertinent news for the Monday paper.

For the past three years, Lisa Su has been rebuilding AMD’s processor business into a powerhouse.

Based on her experience, Saarinen knew what she had to do. First, she collected all available editors to work on the news. At the same time she worked on fast news flashes for the online front page. After that, the team started to think angles, which would be still topical on Monday. Would the news still be front page material on Monday, or would it end up on page three?

How many pages to allocate and so on. At the same time it had to be decided, who would attend the coming press conference. According to Saarinen the rest of the day was like controlling a huge traffic jam. The start of the press release — i. What came next in the press release was indeed startling.

Everybody familiar with the company had been betting on Anssi Vanjoki — a very strong and controversial Nokia power figure — to succeed OPK. Who on earth was Stephen Elop? A man nobody had heard of! 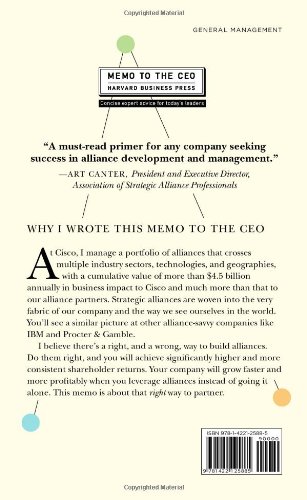 Was he really the best of available bad options? And what a strange name! Saarinen had quickly half a dozen editors working on the news, and more info started to flow in. A software guy. Coming from Microsoft. More renowned globally than in Finland. A photographer, two editors and news editor-in-chief Arno Ahosniemi headed for the press conference starting at 1 p. The auditorium of the Nokia headquarters in Keilaniemi Espoo was filled by members of all relevant established Finnish media as well as international media having presence in Finland, including Reuters and Bloomberg.

This was news also at the global level. The stars of the show kept waiting for themselves for a moment, then it all started. They were accompanied by a smallish, rather sympathetic looking man. He had an unaffected, even modest look. His tie, combining wine-red and red, appeared almost Soviet Union-like. Moreover, his grey suit and white grey shirt oozed of caution. He had an army-style haircut and his dull-looking glasses seemed to fit poorly behind the ears. That man was not the next Steve Jobs, was the quick, collective verdict of the room. Jorma Ollila quickly took the reins.

He introduced Elop and emphasized that the whole of the Nokia board had been actively participating the selection of the new CEO. According to Ollila, Elop had a great combination of software background and proven leadership skills to match the challenge. Elop was someone, who could understand the very core and the possibilities of Nokia, Ollila estimated.

He shook hands with Ollila and swung behind the small round table filled with microphones. It took but a few seconds to realize the man was a master with the words. Smooth appearance and a reliable presence were like a magic wand, erasing any doubts of the media with a single wave.