And it was here that I learned of the Biblioburro. I learned of an elephant called Boom-Boom, bringing fairy tales and dinosaur books to children in Laos; camel libraries in Kenya; Donkey Drawn Libraries in Zimbabwe; nomadic writers on reindeer in Mongolia.

The Project Gutenberg eBook of The Writing of the Short Story, by Lewis Worthington Smith

All over the world, there are passionate people braving deserts, storms and bandits to bring books to children in isolated communities. My story, "The Wandering Library", was inspired by these heroic champions of literacy and education. 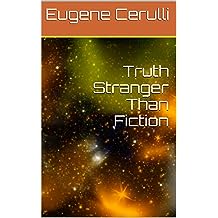 It follows the journey of Lani Bashir, a travelling librarian, as she navigates a world transformed by rising seas and genetically modified creatures, visiting communities powered by sun, wind, sea and cheese. Giant solar-powered airships! I love the idea of floating hotels, airborne villages, flying hospitals.

I think this technology could be transformative: imagine dropping fully equipped, fully staffed hospitals into epidemic hot-zones; or shipping entire camps of emergency housing, food and aid workers into -- or out of -- disaster-hit regions; or travelling museums and galleries visiting remote communities. I draw inspiration from those who are taking action to make the world a better place -- and there are plenty of them. From humanitarian organisations like Malala Fund, working to ensure that every girl has access to quality education, to high-tech companies like BioCarbon Engineering, restoring ecosystems on an industrial scale with the use of tree-planting aerial drones.

From activists like ClientEarth, using environmental law to hold governments to account, to science literacy programs like Skype a Scientist, connecting disadvantaged students around the world to diverse, working scientists. And the list goes on. Be inspired, and then take action. Because hope arises from taking action. Next up is Emilie Collyer. She published an illustrated book of poetry Your Looking Eyes in My story weaves together a number of threads of interest. I am always on the look out for signs of hope in how we might manage to reverse damage done to the earth and live here more sustainably into the future.

The remarkable qualities of fungi and various mushrooms particularly in regards to plastic, kept popping up in my reading so I wanted to write about that. In a broader thematic sense I was interested in writing about notions of redemption; whether it is ever possible to heal wounds from the past via actions in the present.

My own past working in the area of drug and alcohol, plus personal experiences, raise these kinds of questions often and it felt like they were a good fit with this subject matter about radical futures and new ways of being. I do wish the technology I write about in the story the capacity for fungi to 'eat' and transform plastic into organic and nutritious material was fully developed. My second wish is not so much about technology as the way we harness and approach technology and that is my perhaps naive but fervent belief that if all people, in all societies, could be provided with a basic living wage and safe, affordable housing, then the world, humanity and technology could all evolve together towards a much more positive future.

That individuals and small groups of people care and dedicate their whole lives to making change. That the next generation are alert and informed.

It's terrible that they have to inherit the ecological mess we have made but they will not be complacent and nor should any of us. I also believe the human imagination is incredibly powerful and it is now encumbent on the thinkers and writers and imaginers to start creating the world s we want for our future.

Enough totalitarian, despotic, dystopic regimes set in hellish post-apocalyptic environments. Our greatest hope is not to ignore the dark and the difficult but to work avidly and ceaselessly to transform it and create new possibilities from technology to societal structures, ecology to human rights. Next up is Jane Rawson. Jane writes novels, novellas, stories and non-fiction, mostly about the environment. Her latest novel is From the Wreck.


Humans can choose between moving to a super-high-density, well-designed urban area, or having their mind transferred into the body of a native species. This story is about a long-married couple who come to realise they have very different ideas about how best to help the planet.

Wild animals are almost gone, and in his book Half Earth , EO Wilson suggests that the only way to remedy this is to dedicate half of the earth's landmass to wild animal habitat. But I know that's crazy talk. Honestly, I'm not brimming over with hope. But of course whatever happens, life in some form will continue on. Octopuses are doing well. There's a bright future for algae. Evolution will continue and new lifeforms will take over the planet. It just might take a while.

Next up is Janeen Webb. Janeen is a multiple award winning author, editor and critic who has written or edited ten books and over a hundred essays and stories. She holds a PhD in literature from the University of Newcastle, and divides her time between Melbourne and a small farm overlooking the sea near Wilson's Promontory, Australia. I'm sitting in a Melbourne cafe, sipping my usual latte, trying to imagine a world without coffee - uncomfortably aware that the sheer volume of water it takes to produce a single cup could well render coffee crops unsustainable in a post climate-change environment.

My Ecopunk! The inspiration for this scenario is partly autobiographical, in that, when I lived in South-East Asia, I adopted and raised an orphaned baby gibbon the smallest of the apes , whose mother had died in just such a circumstance. It also stems from my growing sense of alarm that ongoing habitat destruction is pushing so many creatures - including the gentle orang utans - to the brink of extinction.

I don't want to imagine a world without them. But I have no illusions about the probable outcome - in a neo-liberal global economy, money always wins: the trick will be to find a way to make the production of the cash crops that are so valuable to private businesses contingent upon the survival of bio diverse wildlife. It's worth a try. That's where Brunelli comes in There are so many things I wish we had. What happened to the personal jet packs we were promised when we were kids?

But the thing I most long for is a time machine - or at least a reliable matter transmitter, or a variation on the sf technology that would provide instantaneous transport. I think about it every time I join the queue for yet another expensive, exhausting long haul flight.

There's never a time machine when you need one. And I need one. At a time when our leaders are governing more for the party room than for the people, it's the people who give me hope. It's the grass roots movements we see everywhere, the vibrant responses of people who value life in all its myriad forms: the people who give their time to providing humanitarian aid, to wildlife rescue, to gardening heirloom crops and creating seed banks. If a group of amateur astronomers can find a new planet and they did , maybe, collectively, we can find a way to save this one.

Next up is Jason Fischer. Jason is an award-winning Adelaide-based author.

He has published dozens of short stories, with an optioned TV show, a novel, a short story collection, comics and computer game work also under his belt. He enjoys competition karaoke, and loves puns more than life itself. I'm mad for Australian megafauna, and when Cat sent me the guidelines for Ecopunk, I had a half-baked idea for the resurrection of the Diprotodon. I envisaged a future world where global warming has lifted sea-levels to the point that there is once more an inland sea in Australia.

In one positive, this has enabled the easy irrigation of central Australia with desalination technology. Another story nugget I was sitting on for a while was the time that the Kimberley region was seriously set aside as a potential homeland for the displaced Jewish people. While this never happened in the real world, I looked at what might happen if World War 1 never kicked off. Colonialism is still rife in my story, and all the old alliances still hold.